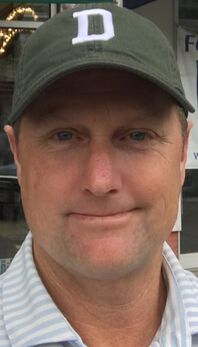 We are excited to announce that Jeff Wilson will be joining Mashantum as the new Manager and Head Tennis Professional of Mashantum Tennis Club.

Jeff brings almost three decades of tennis experience to our club. We are thrilled to welcome Jeff and his in-depth experience to our Mashantum family. Currently, Jeff serves as the Assistant Men’s Tennis Coach at Dartmouth College. In 2016, Jeff founded the South Carolina Junior Tennis Foundation and has been serving as director ever since, helping fund advancing players in need and delivering student-athlete drive fundraisers in local communities. During this time, he was also the co-founder and president of MW Tennis Academy, where he was responsible for staffing, budgeting, payroll, coaching and player development. He held this position until November of 2018.

While Jeff has a good amount of tennis academy experience, he has also coached at some well-known universities, including Duke, Georgia Institute of Technology and San Jose State. He has traveled the world 35 weeks per year as a pro level touring coach and has coached six players ranked in the top 100 in the world, including the No. 1 players in Sweden and South Africa.
He and his wife, Kim, have three children: Reilly (who plays tennis at Navy), Susie-Jane and Liam.

For general inquiries and to schedule private lessons, Jeff can be reached at:
Jeff@mashantumtennis.com

​Lesson payments can be made directly to Jeff via Venmo
​
.

Ryan has been in the lesson program at Mashantum Tennis Club since he was five years old. He is the oldest of four children who all play tennis at Mashantum and a recipient of the Club's Dingman Cup. He graduated from Catholic Memorial High School where he played #1 Singles for their tennis team, was Co-Captain & an All-Star. Ryan now attends College of the Holy Cross and is a rising sophomore. He enjoys coming back to Mashantum each summer and is again excited to be a part of the Mashantum teaching staff.

Brendan is a graduating senior at Catholic Memorial High School in West Roxbury. He plays on their varsity tennis team and is an All-Star. Brendan is also on their Forensics team and Cross-Country Track team (on which he also achieved All-Star status). Brendan is a recipient of the Club's Dingman Cup and joined the teaching staff in 2016. He is anticipating another tennis (fun) filled summer at Mashantum.